Welcome to Otter Lake Woodwinds, where you’ll find the fruits of my labor (check back regularly for more added). I’m Jeff Burris, and I study how different makers craft their Native American Flutes and other woodwinds inspired by tradition. 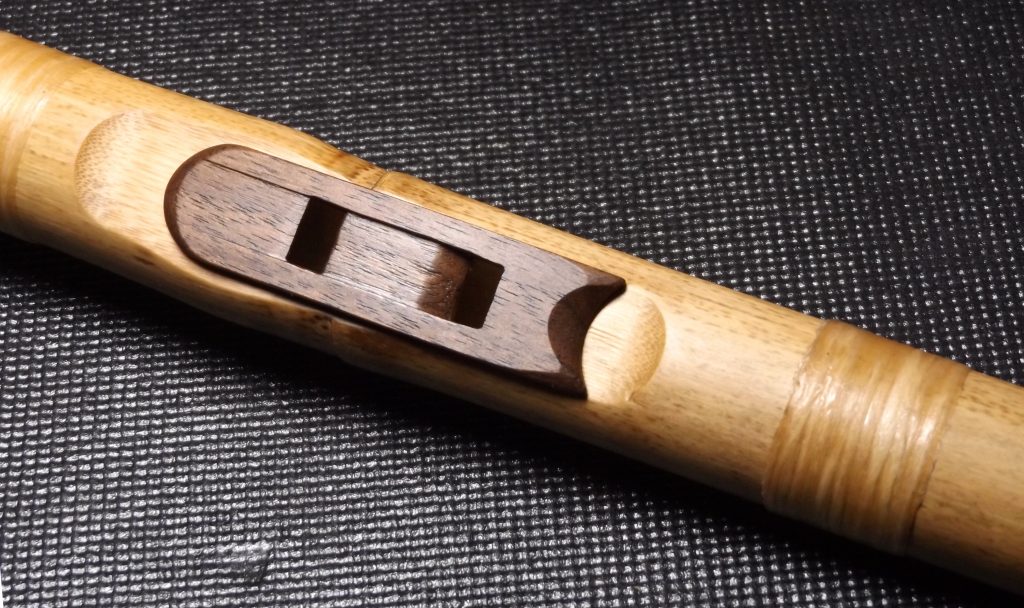 If you want a flute made by a Native American, I can direct you to someone with flute craft rooted in their family or tribal history. I work very hard to bring you the best quality possible, having adopted techniques from everyone from Native Americans to aerospace engineers, and one man who is both (I was inspired by Jim Gilliland to makes nests separately). The man I owe the most to is Jon Norris, as he made himself available for me to consult with at length about minutia, daily, for over a year, until I was consistent. I was making lesser-performing flutes my first week. The nuances that collectors and avid players look for took fifty times that much time for me to reliably expect from each flute. 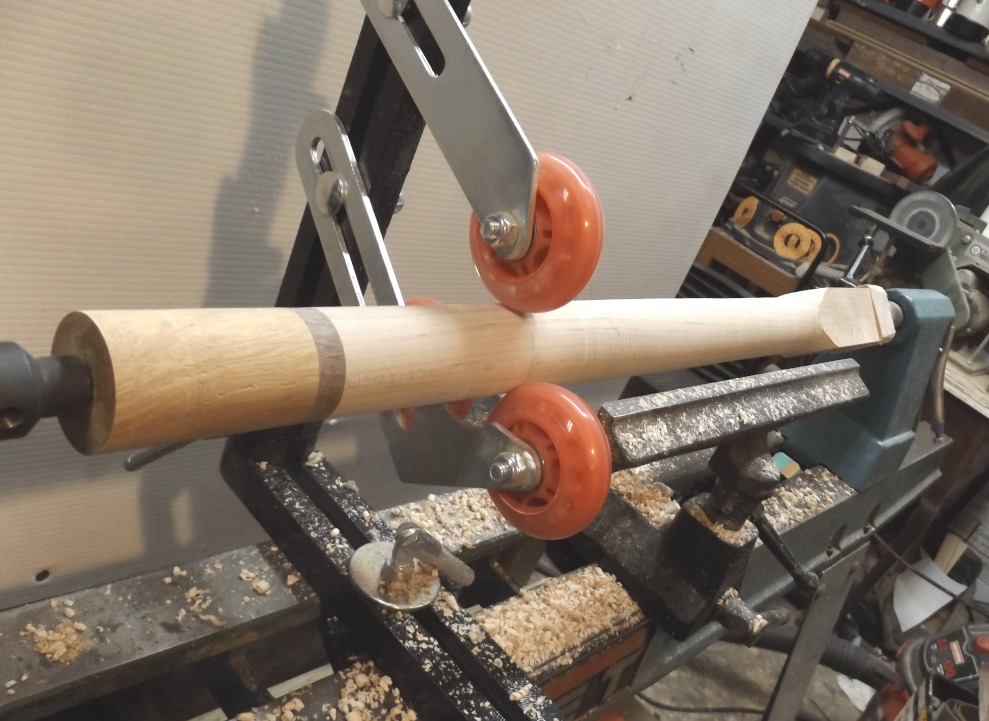 My lathe is fully manual aside from the electric spindle (I use oldschool HSS hand chisels and gouges, and have no cross slide) and I do hours of powerless, hand work finishing each flute. 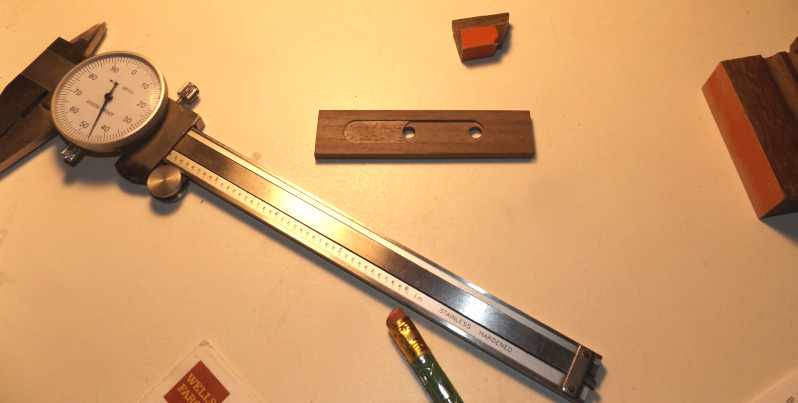 On the other hand, since I obsess over consistent results and was raised in military and aerospace parts machine shops, the “nest” (with the flue) is something I like to keep within mil-spec tolerances. I have a small, precision milling machine with hand cranks — not at all automated, but precise with hand-dialed X and Y cross slides and DRO’s. I can often be seen incorporating a separately-milled nest that I can work on, by itself, and then add to the flute. It gets more and more manual, hands-on from there on, in the process. 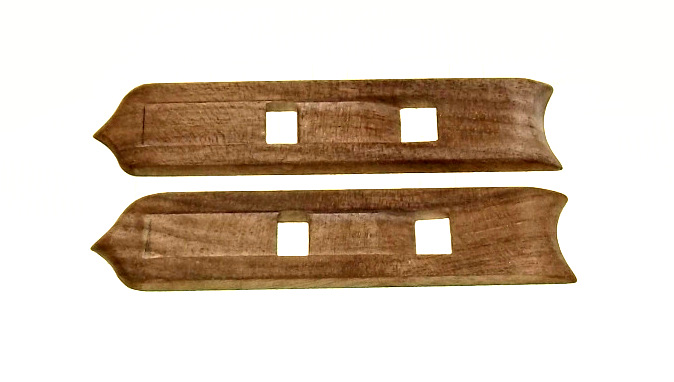 While my typical flute is based on the standard pentatonic minor scale, I also strive for a chromatic flute ideally capable of well over an octave of reliable, predictable semitones, all possible from the 6 holes (with the lesser-common notes using, to me, the most intuitive cross-fingerings possible). There should be virtually no hissing sound or excess “airiness”, and very controlled overblow (ability to blow harder than some flutes allow, before cracking into a higher note from excess pressure). Some of these things were accomplished with Edward Kort’s Woodwind Instrument Designer software whereas others required advice, trial and error, and/or a little muscle memory with the hand-tooling.

See that mouthpiece being turned along with the rest of the flute, made of different woods ? 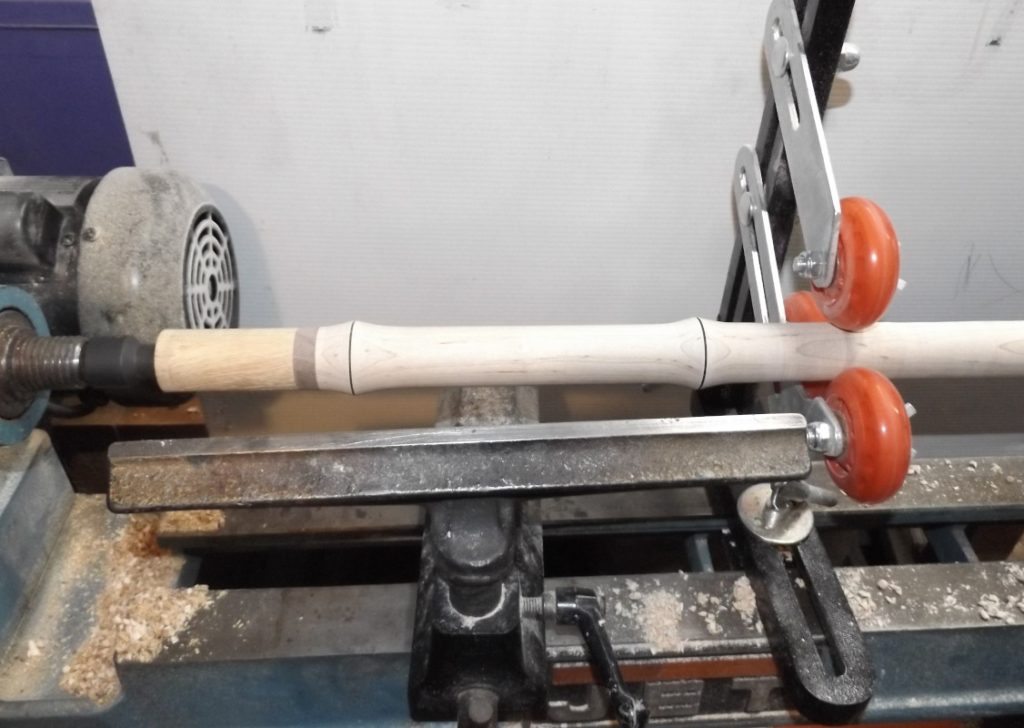 With some instruments, those are just flat, pressed against each other and glued. Mine have a tenon inserted into both pieces to lock it tight forever (and glued): 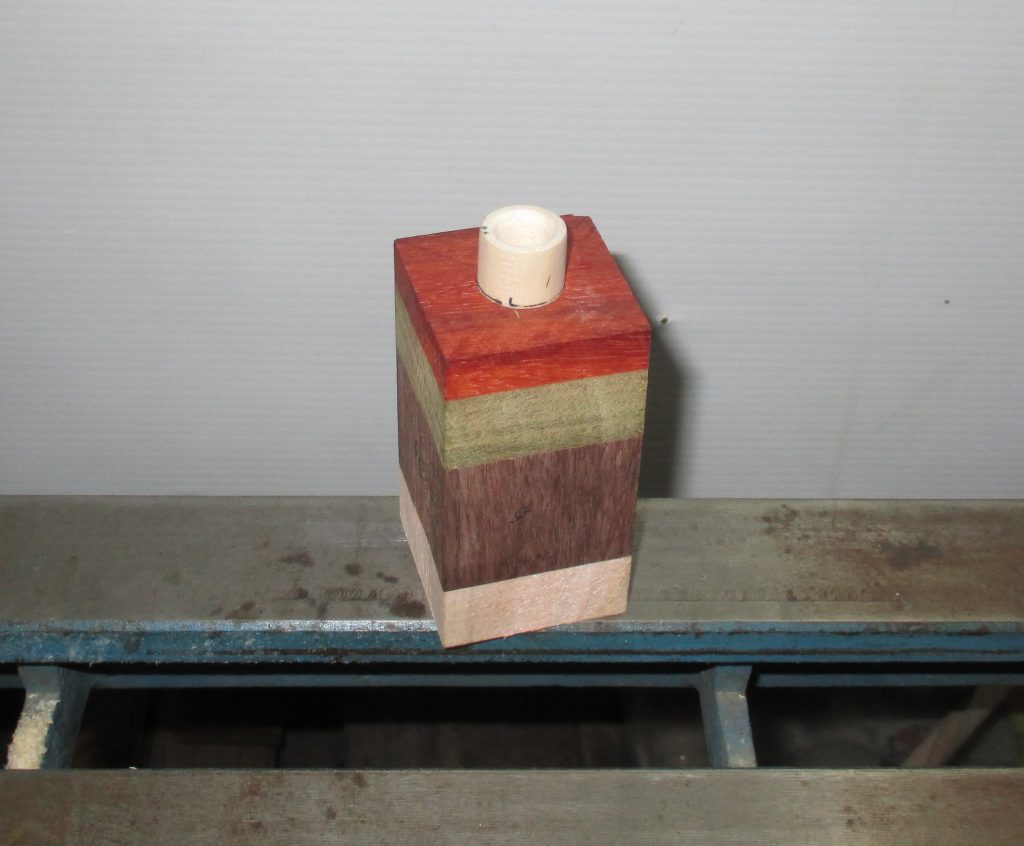 My flutes take many hours and then some, each, to make. The Lord has blessed me with a growing number of folks who consider it quality work for an affordable price… quality enough, at least,  to hear it got played at a small gathering by a very, very discerning master of the trade from whom I’ve had the blessing of receiving immeasurable guidance. Hearing that Jon Norris showed my flute at his own flute circle was the real beginning of my flute journey. He had  crafted and purveyed his own fine flutes to musical professionals for over a decade, and so it was a real acknowledgement boost telling me to get to making chips and stop with the analysis paralysis.

One unusual flute part material Tina and I grew, ourselves:

Many people consider the Mimosa tenuiflora (Mimosa hostilis or Ayahuasca) tree sacred or very special. I have cared for one on the property near the river cane property for many years. I would never cut it for wood, but we got a bunch when Florida decided to prune some for me with an infrequent, hard freeze and it died back a bunch all on its own (despite sheets tied over the whole shrub tree). 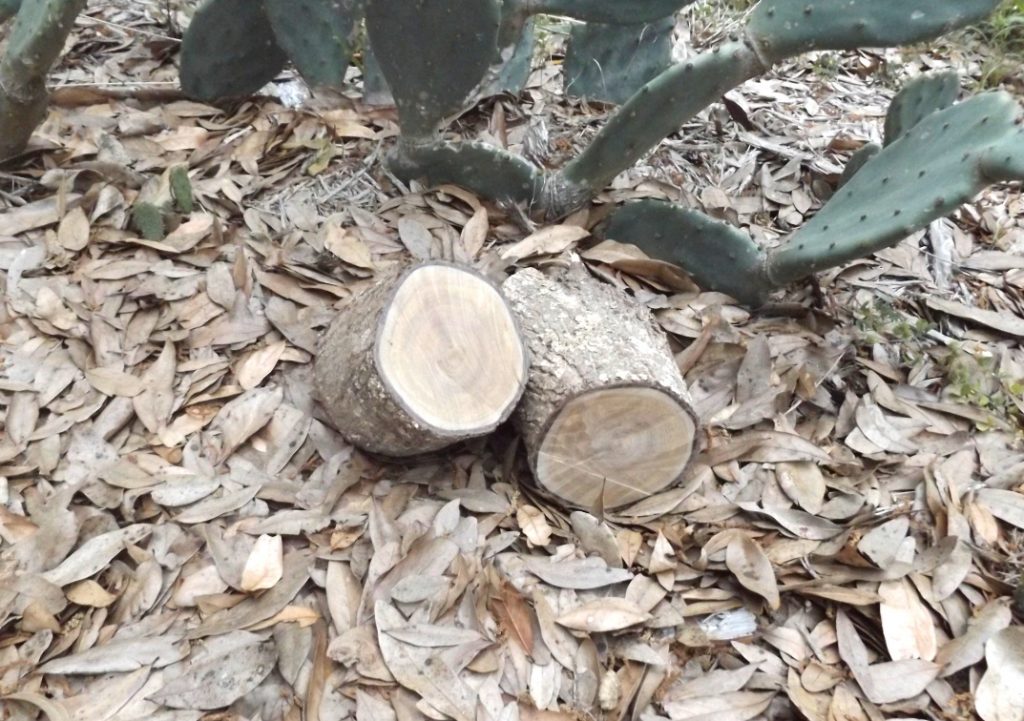 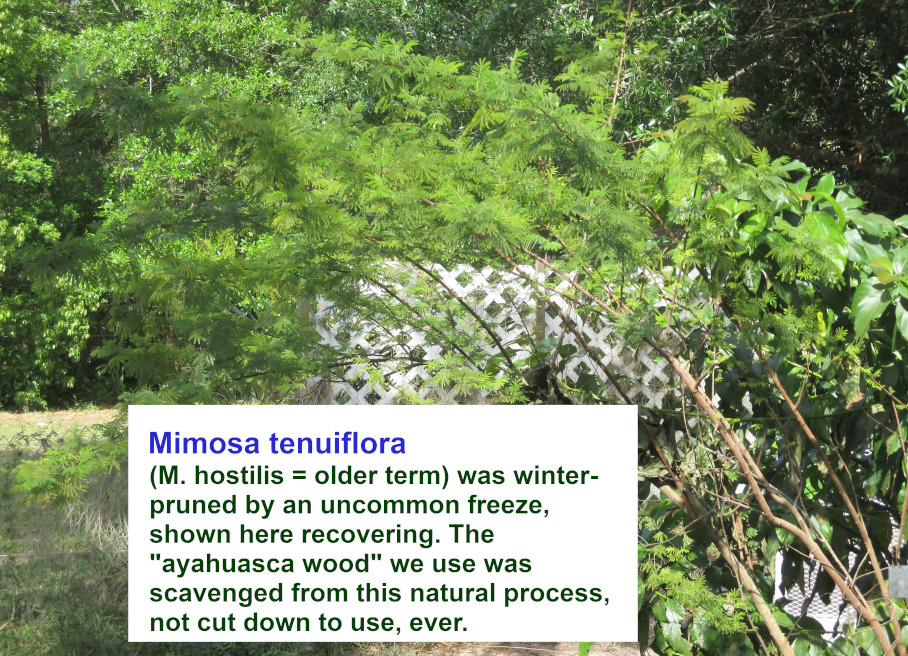 So I use it for parts for people who find it worth the extra expense (it is rare and very difficult to work with but ends up great). Here are Ayahuasca mouthpiece blanks ready for tenons and turning: 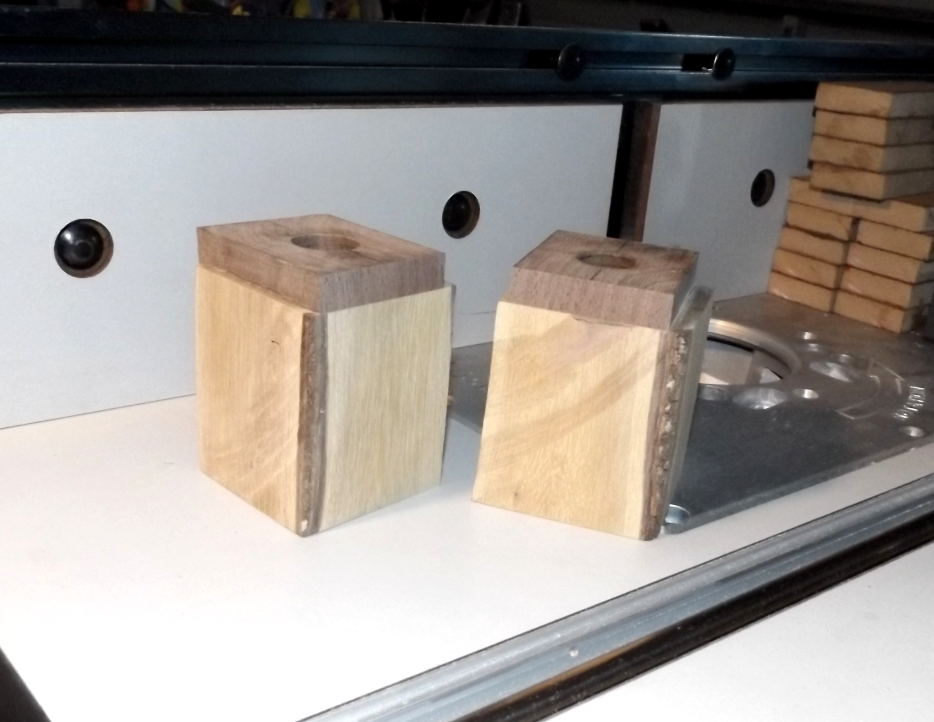 …and a “bird” or block (totem-inspired) carved out of the same mimosa wood: 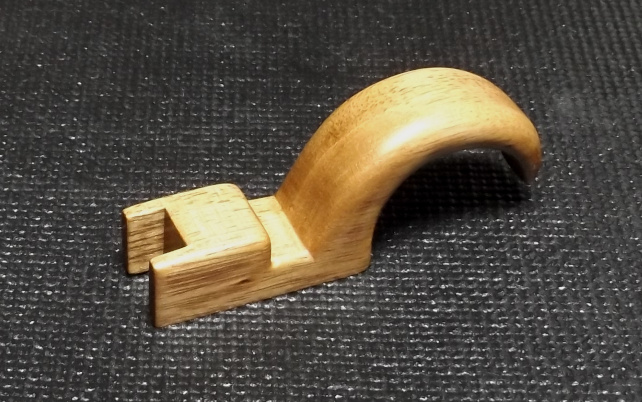 Whatever your path, I’m glad it brought you here, now. Thanks for visiting! 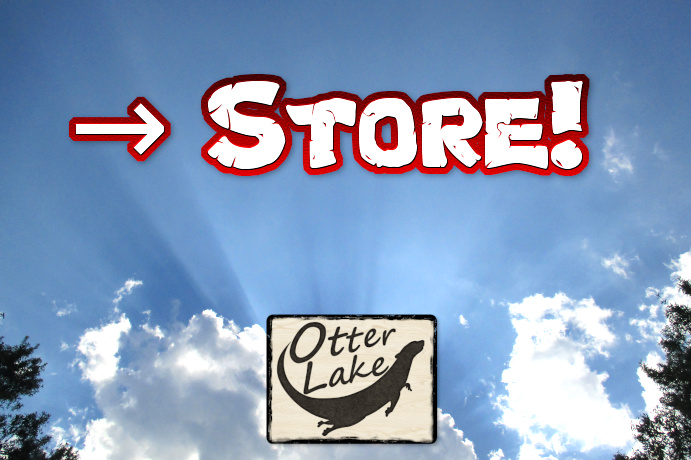 Say, “Hi”,  to our beloved mascott (in lieu of a real otter!): our giant sulcata tortoise, “Bonsai” — 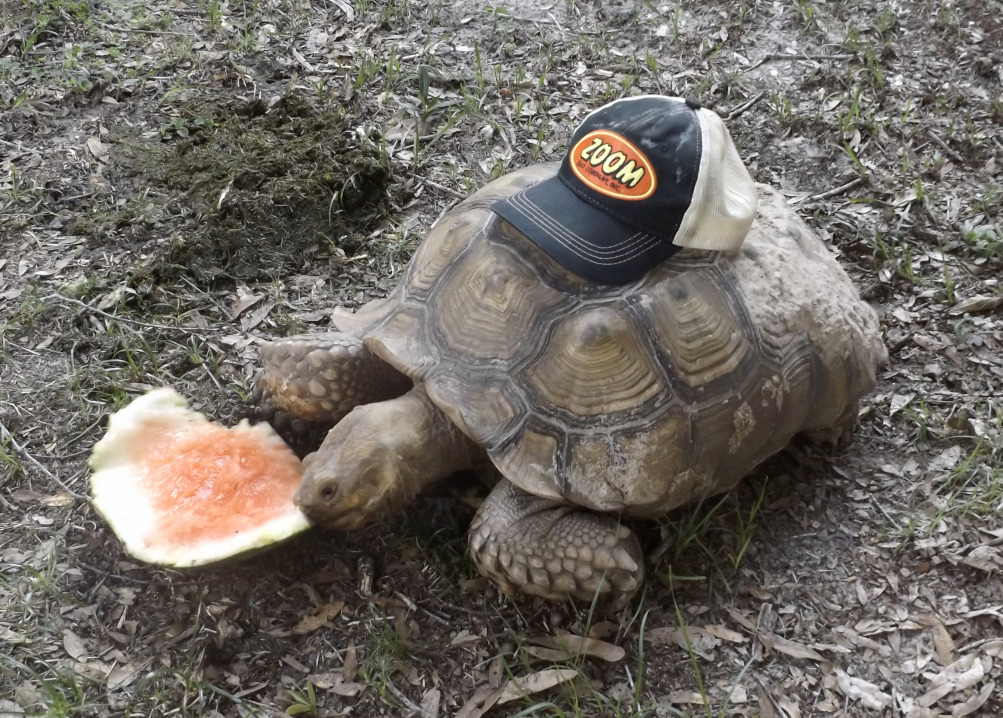 Feel free to buy now for a brief backorder (see time estimate in the description). *Current model, only -- the ash/walnut/paua warbler in F# Dismiss